Throughout the years there have been some pretty iconic sneakers that have come and went, so it’s a delight to see the “Grinch” colorway making an appearance this year. The original pair was first released in 2010 and is now reemerging this year with a rumored release date of December 24th.

Taking influence from the original design, this redesigned Proto look will include the “I Want A Shoe That Molds to My Foot” wording inside the sole of each foot, black Nike swoosh on the sides, red Black Mamba logo, and a duo of laces to choose from. Now, fans will have the opportunity to get their hands on a pair of sneakers after the first release had been very limited.

After the drop of the Kobe 5 “Bruce Lee” back in November, Nike revealed the official images of the Kobe 6 Proto “Grinch” sneaker to prep fans of the famed basketball player’s newest footwear set to $180 each. Nike hasn’t confirmed the date of availability for these sneakers but make sure to keep an eye out on Athletes Creative Trap for an update!

In other news, check out the Kid Cudi x Adidas release as well. 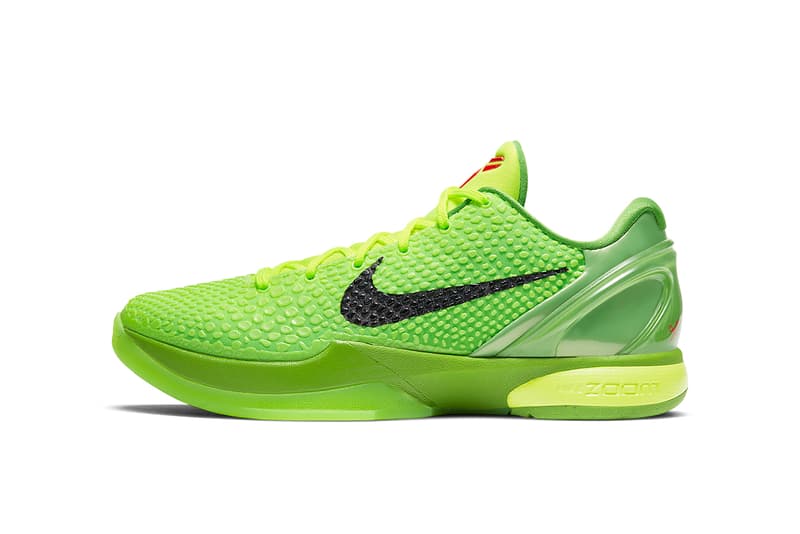 Brooklyn Nets’ guard James Harden isn’t letting a playoffs injury slow down his investing routine. The NBA star added to his portfolio this week, buying a minority stake in luxury retail company Saks. As a minority owner, Harden will take a seat on the Saks’ board. In...

Palace Skateboards is about to launch arguably its most high profile collaboration to date. Partnering with Mercedes AMG, the streetwear brand is set to release a new racetrack-inspired capsule collection. With nearly 20 pieces, there is a lot to unpack within this...

Nearly twenty years ago, Sports Illustrated featured a junior year high school basketball phenom from Akron, Ohio on the cover of their magazine. A student at St. Vincent-St. Mary High School, a young LeBron James was printed across the publication alongside the words...